Catriona Elisa Magnayon Gray is a Filipina and a woman of the world. Born to a Bicolana mother and a Scottish father who immigrated to Australia, she never fails to acknowledge her roots.

“I always say that Australia was my childhood, but the Philippines was me as a young woman,” she shares as her makeup artist fusses over her for a day-long shoot. “I grew up in a cohesion of two worlds.”

In between meetings, courtesy calls, and advocacy campaigns, Catriona’s schedule is full of hours in front of the camera; an environment she is quite familiar with as a model. She easily works through different poses in clothes that are sometimes too large or too small for her, and while her skill doesn’t come as a surprise, watching a true professional at work—especially one who has just been hailed Miss Universe—is always an awe-inspiring experience.

"I was very sheltered, but also a self-aware individual, so I knew I had to grow." 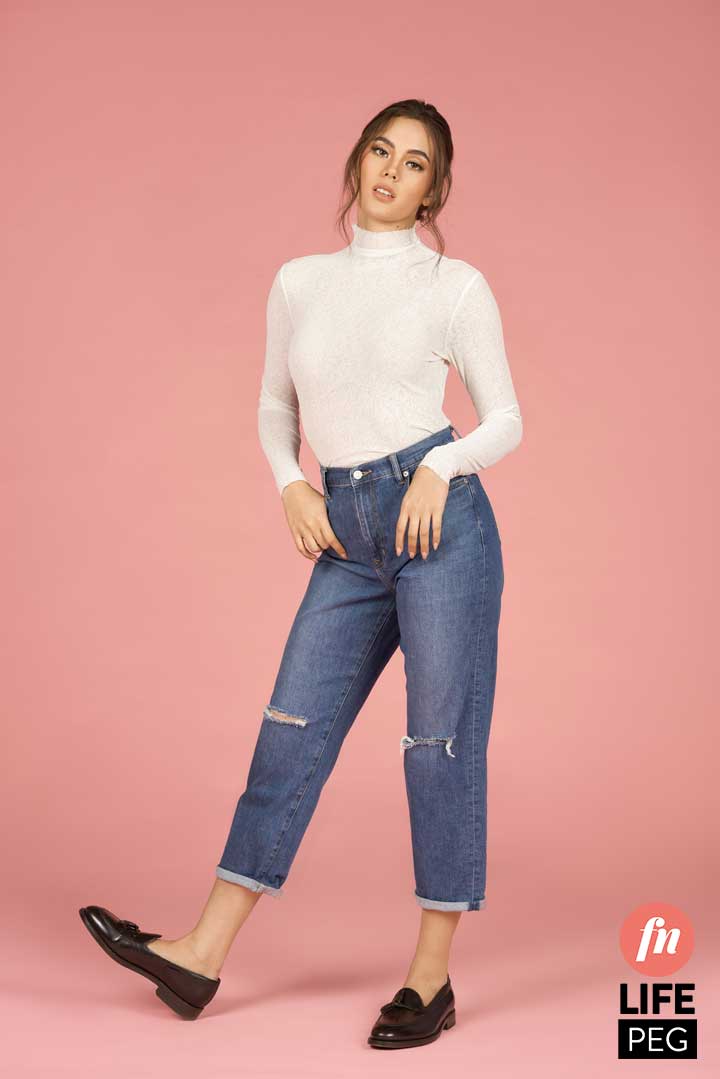 Yet the glamour that comes with the crown is not something that Catriona would have imagined a few years ago. As with every woman, she admits going through a time of not knowing exactly what she wanted to do in life.

“I was nearing graduating high school and there was that pressure of knowing what you wanted to study and pursue once you enter college at the age of 18. And I had no idea. I just had too many interests... I studied so hard in school, and it just felt really frustrating that I didn’t know what I wanted to do, you know?” The recollection elicits a slightly strained chuckle from her. “And you have to enroll and then pursue something for four, five years—what if you don’t even like it? So, I took a gap year just to travel and kind of discover myself, ‘cause I was an only child, I was very sheltered, but also a self-aware individual, so I knew I had to grow.”

"Different cultures made me different, but we also share a lot of similarities."

Her soul-searching eventually pushed her to settle in the Philippines. “Not only was it somewhat familiar territory to me, but it was also like rediscovering my roots. I used up the money I had saved, and bought myself a plane ticket, and I was self-sufficient ever since.

“And I never left,” she smiles. “I fell in love with the Philippines. I discovered myself here.”

Catriona describes how she loves the warmth and the exuberance of her clan. “My extended family is really my mom’s side. I was never really close to my dad’s side of the family, so I was always surrounded by [my] Filipino family… I just remember always being very welcomed… You know, really loud, everyone’s always laughing, there’s always food…

“The sense of family. It just gave me an understanding that… different cultures made me different, but we also share a lot of similarities.”

"I also just felt really down because there were so many opportunities at that time that have closed on me."

As much as she values the tightness stereotypical of Filipino clans, she also values her independence—after all, it was the way that her parents brought her up. “We traveled a lot. I’ve traveled a lot growing up.” Aside from being responsible enough to take care of herself, her experiences in different locales backed by her familial roots, gave her a wider view of the world. “I’m very open-minded.” 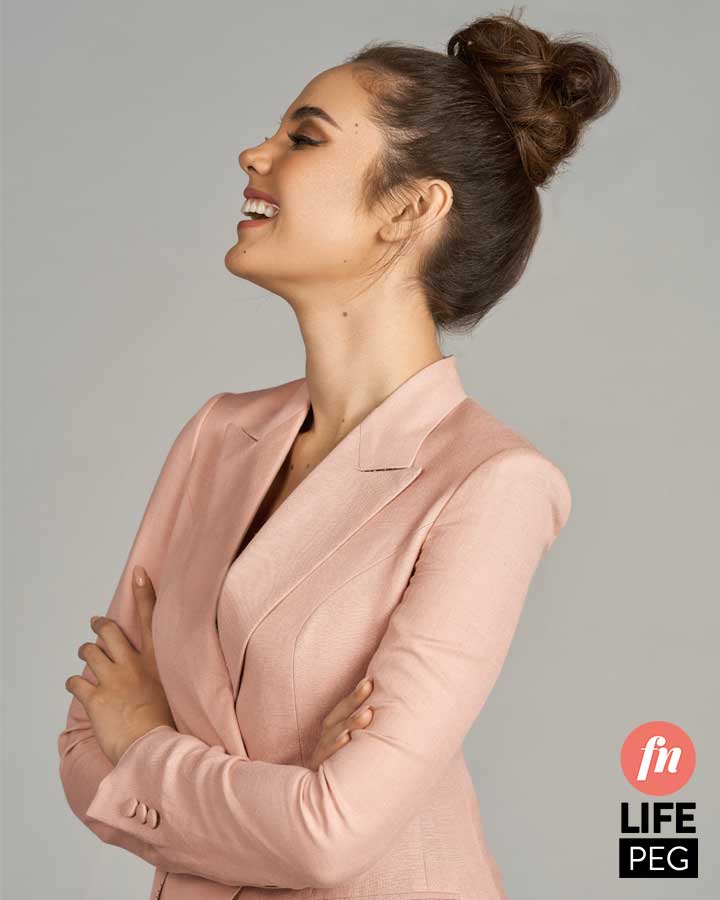 This maturity has helped her tide through a period in her life where she struggled with her personal dreams and her familial responsibility. Her story is almost the story of every Pinay who, at some point, had to work to support loved ones.

“I was the sole breadwinner of my family at that time, and it was a responsibility that I was just not ready for,” she narrates. “Not only did I have the financial pressure, but I also just felt really down because there were so many opportunities at that time that have closed on me. Like, doors kept closing on my face.

“I was 21. I was just really frustrated, you know? I am a very ambitious, goal-driven person and to find myself in a situation like—'I’m here, I want to be able to grab this opportunity, I’m ready’—and the opportunity would just crumble… That combined with the pressure of having to look after my family—it was one of the most trying periods of my life.” 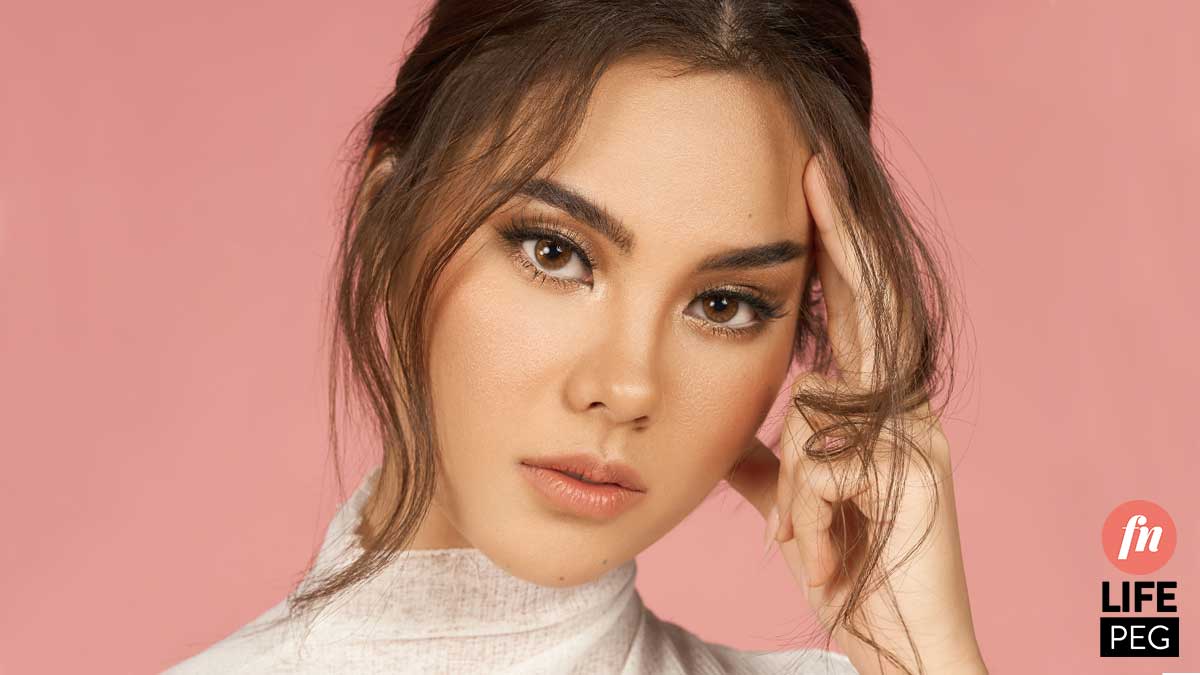 Unlike those who go down the destructive road of either extreme rebellion or martyrdom, Catriona focused her energies outwards, by expanding her world through the eyes of those who lived far different lives than hers.

“I was like…’Maybe I need to focus on someone else.’ That’s what I did. I found my charity, Young Focus, online. When I visited the first time [the owners] toured me around. I talked to the staff. I talked to some of the kids and the parents, and I really believed in the work that they were doing.”

On the same day, she was offered to tour Happy Land, a community near Smokey Mountain. It was one of the biggest turning points in her life.

“Growing up, I’ve never experienced poverty in real life. I’ve seen it on the screen—the TV, or the news, or the magazines—but there was something so confronting about seeing it in person and I just couldn’t understand why, I, as a person, has been so blessed to be brought up in a different circumstance where I did have access to go to school and my parents were able to provide for me, and I was able to have a very carefree childhood.”

Catriona speaks passionately about the reality she walked into, reliving the questions that ran through her mind during that first moment. “It just didn’t seem fair. I was like, ‘Why me and not them?’ I was never the same. It confronted me so much that I couldn’t just not do anything about it.”

In the voice of someone who has seen many things, she goes on to share the many stories of Tondo—how the high instances of rape and incest rape due to lack of housing and education has long been an overlooked statistic; and how many have suffered due to the lack of a way out of a system that takes away more from those who already have so little.

“There are also stories of hope,” she says after a pause. “There are staff working in Young Focus and they’ve been brought up through the programs, and they chose to go back and be teachers, and be a part of the solution that helped them.”

"Without my values, it’s so easy to float up towards the sky and not be grounded."

“In Tondo, there are so many stories I’ve heard, but the ones that have stuck with me are really the ones of hope.” Her eyes then light up, her hands animatedly gesturing as she recalls those who she knew by name. “Those children—what’s amazing is if you give them the opportunity, they’re so eager to grasp it. They just need the chance. They have so much potential, they just need to be given the opportunity and the tools, the support, and someone to believe in them.”

And that is what makes Catriona Gray a true Miss Universe—her ability to go beyond herself and to actually be the change that she wants to see. Her unwavering optimism that cultivates beauty in a place of destitution is an inspiration, and yet she doesn’t seem to realize how much her passion can trigger others to action. 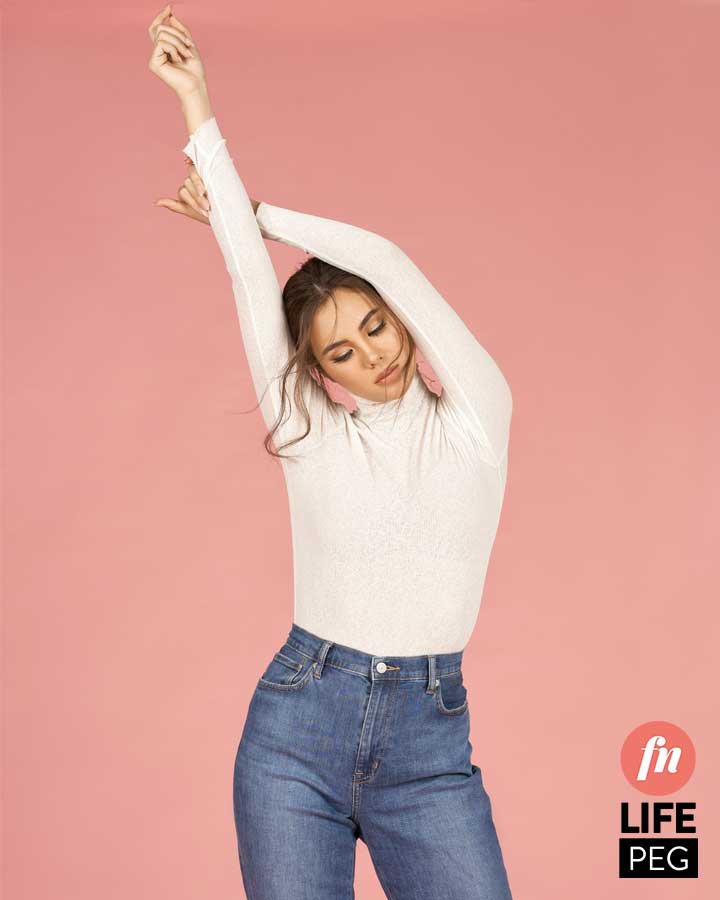 “Values-oriented,” she says when asked to give one word that describes her as a Filipina. “I know it’s not one word, but... Without my values, it’s so easy to float up towards the sky and not be grounded.

“Values allow me to still be myself. They’re the core essence of my identity, that’s why it’s important for me to keep them intact.”

"Yes, there has to be some compromise… but you should never give up on a dream.”

At this point in her life, there’s no stopping the momentum of Catriona Gray. Her aura is that of a person who is grateful for what life has offered her, and yet she knows that it is also a huge privilege to have such a platform where she can do big things that matter.

Ten years down the road, she confidently states that she’ll still be a force to be reckoned with.

“I’d be like, ‘Girl, keep going!’” She exclaims as she throws her head back in unfettered laughter. “I mean, 35—a lot of labels are put on women. We’re told by 35, we should have our kids already because the biological clock is running out, we should be established, we should be ready to settle down, we should be ready to sacrifice for the family, and I feel like for every individual, it’s so possible to pursue your dream and still have a personal life. I don’t understand why people think we always have to choose.

“Yes, there has to be some compromise… but you should never give up on a dream. I’m sure I’ll still have goals and dreams at 35. I want to keep going.”

And as she strides with purpose to the front of the camera with her Miss Universe smile, it suddenly becomes clear that Catriona will, in one way or another, change the world.